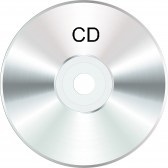 The Zionist conviction that God has brought Israel back to her own land in our day has become entangled with Dispensational theology, which is largely discredited in Britain but still widely held in America. David Pawson discusses the differences between the Dispensational viewpoint and Biblical Christian Zionism
Talk given in Jerusalem in October 2007